There was a post on AOST about it, so I looked up my internet’s speed stats on Speedtest.net. What idiots rated Comcast 3.4/5? I gave them one star. I checked in lower in both state and nation ISP tests. My internet speed varies a lot. Somtimes when I download a large MKV file my internet cuts out and usually doesn’t start working again until I restart the computer. I don’t know if it’s a problem with Comcast, Firefox, or the computer, because then I get an error when I try to open task manager. 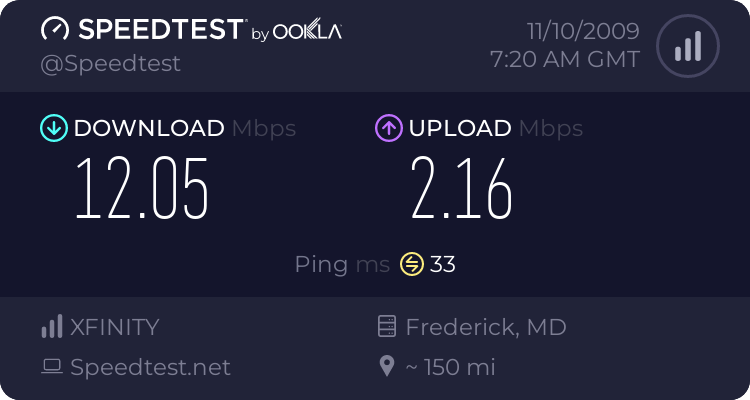